Controversial proposal for 20,000 seat Eastlands Arena is up before Manchester’s Planning Committee this Thursday 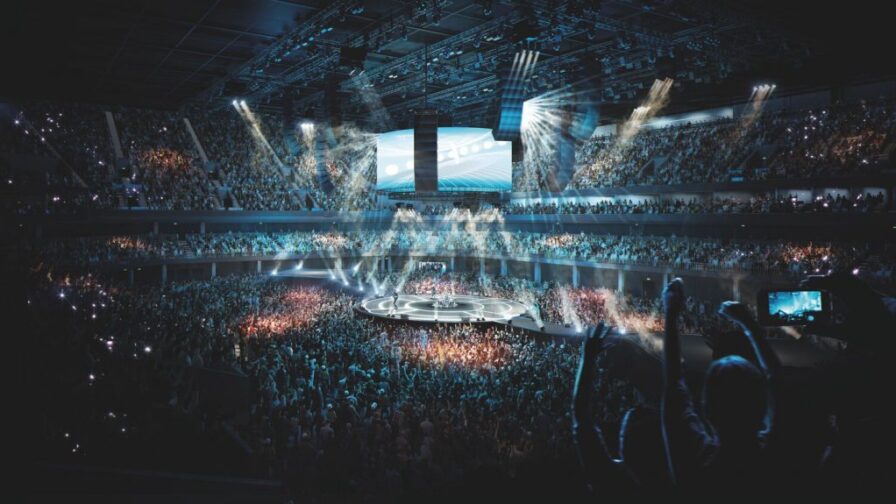 The huge Eastlands Arena proposal is backed by the American multinational Oak View Group. The owners of the Manchester Arena say the Eastlands project, near the Etihad Stadium, would take trade away from the city centre and accuse the council of having a conflict of interest in the deal.

Does Manchester need another huge events arena? That is the question Planning Committee members will be asking themselves and their colleagues at this Thursday’s meeting in Manchester.

The Eastlands development is a huge 20,000 seat indoor arena that will be a major contender for the events and audiences that would otherwise attend the Manchester Arena. The point is moot at the moment because the Manchester Arena has been shut since the Covid-19 lockdown, and there is no certain date for its re-opening.

When all lockdown restrictions are raised, there is still the question of whether Manchester and the surrounding region needs the capacity of an extra arena.

Research carried out by Grant Thornton, at the behest of Manchester Arena, into nine large scale arenas in the UK, found that most had only one or two other arenas within a 60-minute drive – whereas Manchester already has three.

The American multinational Oak View Group claim that it will boost the local economy and create 3,350 construction jobs.

John Sharkey, executive vice president of the Manchester Arena said: “There is no capacity in Manchester or the North West for another 20,000 arena… If the project went ahead at the Etihad, then it would divide the market and there’d end up with only one survivor.”

The Eastlands Arena will be built on land next to the Etihad Stadium, which is owned by the Abu Dhabi United Group (80%) and Manchester City Council (20%) in a joint venture called The Eastland Development Company.

This causes a conflict of interest, claims Sharkey, who said in the Sunday Times: “It has to be a fair fight, and with the council on one side, it can’t possibly be fair.”

Manchester City Council have said its planning committee would disregard the council’s interest in Eastlands when it decided on the planning application. That decision, and other big development proposals in the city, are on the table this Thursday.

For a summary of the planning committee’s decisions on the Eastland Arena, and other big proposals, this Thursday tune in to The Meteor’s Facebook and Twitter accounts: @mcrmeteor