Climate Emergency one year on: what Manchester says

By Climate Emergency Manchester | 20 July 2020Friends of The Meteor 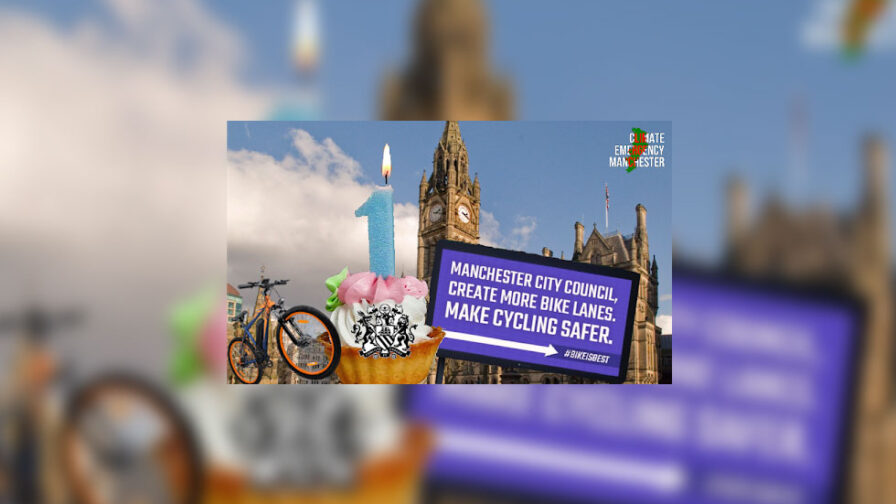 Happy Birthday MCC Climate Emergency! Exactly one year ago today, Manchester City Council unanimously passed a motion declaring a climate emergency. It was a warm July day and the Town Hall provided the perfect backdrop for a piece of political theatre.

Over the past year, Climate Emergency Manchester has scrutinised the Council’s progress against the promises made in that declaration, and encouraged other concerned citizens to do likewise.  To mark the anniversary we wanted to hear what Manchester says about these 12 months. We asked groups from across the city, including those representing a range of political parties, community organisations and groups for young people and families. Our birthday piece – the J10 Report brings together their views, along with a timeline of the past year’s key events relating to the climate emergency in Manchester. It contains a reminder of the text of the declaration, together with advice on how you can take action.

We asked all groups the same questions (below), and their answers appear in the birthday report unedited:

The results suggest that the past year has seen delays, business as usual and decisions (approving car parks) that run counter to the letter as well as the spirit of the declaration. Emergency? What emergency?!

Of course, the voices featured in this report are only a small sample of those who care about the climate crisis across at Manchester. We’d love to hear your thoughts on the four questions above – no matter whether you are part of a group, or an individual. Add them to the comments box below… and maybe hold off the cake and bunting for now.