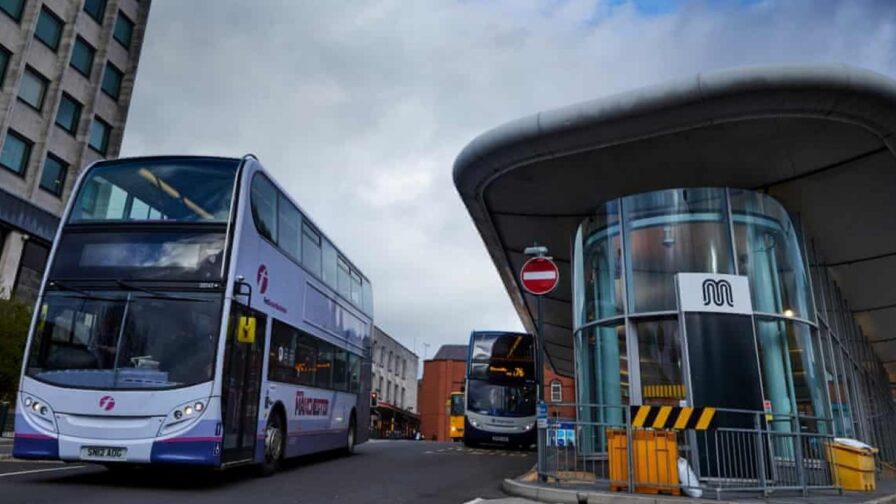 Around 500 Manchester bus drivers will hold a consultative ballot on whether to take industrial action, after employer Go North West Limited suspended a senior Unite representative for carrying out trade union activities.

Manchester’s bus drivers will ballot on whether to take industrial action by the end of August, following the suspension of a Unite representative for carrying out trade union activities.

Unite, the UK’s largest trade union, said the ballot follows the suspension of the representative, who is also a Unite branch chair, as the union highlighted plans to reduce the wages of 500 Manchester bus drivers by £2,000 a year, it estimates.

Unite alleges that Go North West, which employs Manchester’s bus drivers, had offered the drivers a one-off payment of £5,000 in return for altering the terms and conditions of their employment. According to the union, the changes would have resulted in a reduction to the wages of their members by an estimated £2,000 a year, meaning that within three years they would be worse off if the plan were allowed to go ahead. Unite says this is unfair for how hard the drivers work, pointing out that they have taken on additional cleaning and cash collection duties recently.

Unite also alleges that Go North West had attempted to push through the changes while 80% of the drivers, including all of the Unite reps except for the senior representative, had been furloughed. The bus drivers had until 12 August to accept the offer.

The union says that Go North West managing director Nigel Featham sanctioned the suspension and is calling for the senior representative’s immediate reinstatement. Preparations for the consultative ballot were underway after talks on Wednesday 12 August with Mr Featham broke down.

Unite’s regional officer Steve Davies said: “It was pointed out to him [Mr Featham] that the allegation against the Unite senior rep was totally without merit and his suspension was an attempt to undermine Unite from representing the legitimate interests of its members,” Mr Davies said in a comment.

“The suspension of our senior shop steward is a ham-fisted attempt at weakening and undermining the confidence of drivers by trashing industrial relations with Unite.

“We will not allow our elected workplace representatives to be bullied and have their livelihood threatened, nor will we allow forced changes on the workforce.

“We have tried, as a matter of courtesy, to contact the Go Ahead Group nationally to ensure that its top executives fully understood the extent of the industrial vandalism being enacted by the local managing director in Manchester which should not be allowed to continue.

“There are formal complaints against managers already registered with the company of a serious nature; however, no suspensions have taken place and the process of investigating these complaints appears to have been blocked.

“The costs of Go Ahead drivers are neither excessive nor cause problems for the business. It is expenditure from other areas of the business which have been loaded onto its bus driver operations that are the problem.”

According to a report published by Transport for Quality of Life (TfQL) in 2016, deregulation of buses in Britain has resulted in a ‘race to the bottom’, with companies striving for commercial advantage through obtaining the lowest staff pay and worst working conditions.

Better Buses Greater Manchester, a group campaigning to bring the city-region’s buses back into public control, said in a comment to The Meteor:

“Go North West should be ashamed. Trying to reduce the wages of drivers by £2,000 a year would be shocking in usual times, given how hard drivers work. Drivers are not paid enough for the important work they do as it is. But after the past few months, when drivers have put their lives at risk and not enough was done to protect them fully at work, this is scandalous.

“They should know that staff will take action. Better Buses GM will stand with drivers, staff and unions.”

The consultative ballot will be held by the end of the month. Whether Unite proceeds to a full-scale industrial action ballot, including the option for strike action, depends on the outcome of the consultative vote.

A spokesperson for Go North West told The Meteor: “We have been trying to engage with Unite on agreeing changes to working arrangements since March 2020.

“These changes are long overdue, are necessary to enable the company to regain profitability, and would bring the depot into line with commonly accepted working practices elsewhere in the bus sector. Our proposals guarantee all driving jobs at Queens Road, with no reduction in take home pay or changes to weekly hours.

“Furthermore, we proposed sharing the benefits by giving each driver £5000 this autumn, if Unite agreed to the proposals.

“Whilst many of our staff are supportive of the proposals, Unite has been vehement in its opposition to them, whilst offering no alternative to resolving our ongoing losses.

“The issue regarding suspension of a colleague at Go North West is unrelated to the above proposals. We have suspended an employee pending investigation, in response to a serious complaint from one of our drivers.

“We cannot comment on this matter pending the outcome of the process; all we can say is that we take very seriously our duty of care to our staff, and that we would not lightly suspend any member of staff, especially in the current situation.”

This article was amended on 26 August 2020 to include the comment from Go North West.