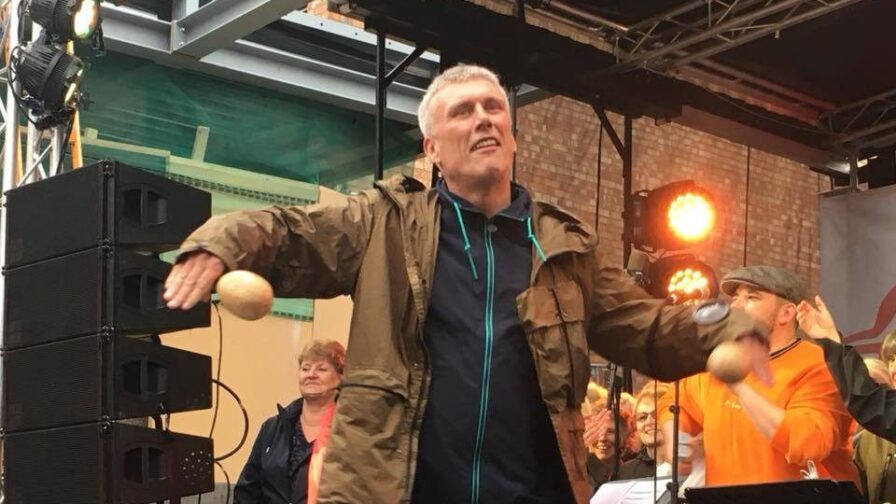 In 2010, Altrincham’s shop vacancy rate was at a national high of 30%, branding it the ghost town of the UK. Fast forward eight years and the town is bustling with activity every day of the week thanks to the jewel in its crown – the award-winning Altrincham Markets. With the vibrancy Altrincham is now renowned for it could be easy to forget the dark days of the ghost town. Instead of being haunted by the past, locals of Altrincham should be proud of the resilience of its people and traders who paved the way for events such as Alt.Harfest.

I’ve had some of the best food I’ll ever have at Altrincham House Markets, however I do have conflicted feelings about it. My coffee experience was a fleeting taste of heaven served in a thimble and my £9 eggs and salami on toast led me on a tantalising journey of spices but left me hungry after the final bite. At the bar I decided to take a lucky dip and was astonished to discover that the mysteriously wrapped bottle of stout I had pointed to was priced at £14. So I decided to opt for a tap lager which was similarly priced to beers you would find in Manchester’s Northern Quarter. The food and drink are definitely of a luxury standard and if you’re willing to pay the price, you will not be disappointed.

Alt.Harfest is an annual festival, of food and music displayed on the streets of Altrincham allowing free entry for all. This year’s lineup offered a well-balanced array of artists, including Manchester’s emerging talent such as Caoilfhionn Rose and South Island Son as well as more established outfits of blues singer Victor Brox and his equally talented daughter Kyla.

The involvement of local educational organisation The Music Place was also a welcoming treat which offered a sense of community to the proceedings. With performances from musicians aged 11-18, the stars of tomorrow were given their moment to shine on the main stage. 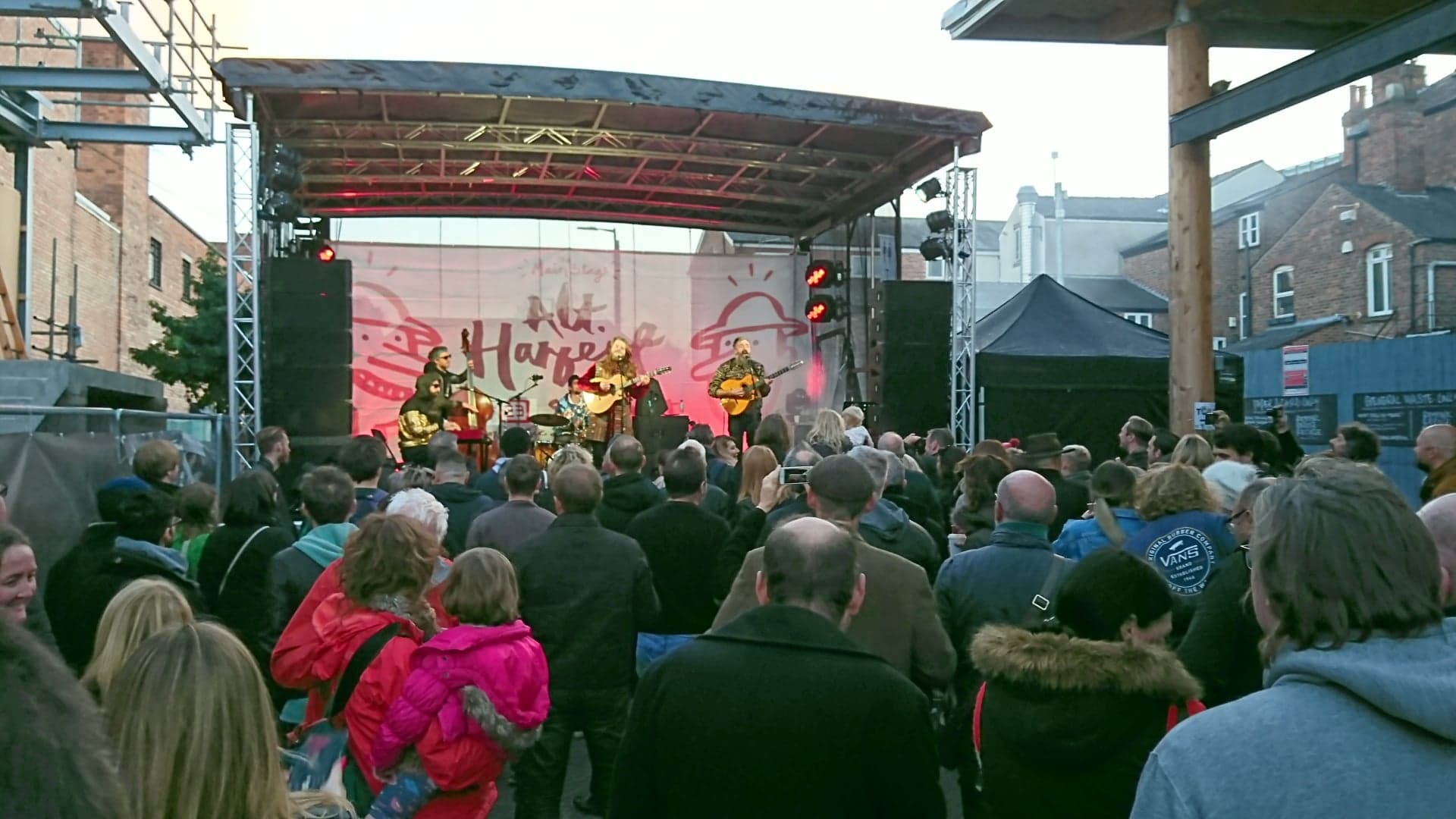 My top three picks from the delicious menu of musical treats Alt.Harfest had to offer are:

Her delicate vocals supported by a comforting wash of guitars remind me of Big Thief and a happier version of Aldous Harding. Caoilfhonn is celebrating the launch of her debut album ‘Awaken’ with a gig at newly opened Manchester venue YES on 14 October. Doors open at 17.30 and entry is free. I definitely recommend heading on over.

Celebrating our rich musical heritage, the group sang Manchester anthems on the main stage to a packed out audience. From The Smiths to The Bee Gees, they delivered a plethora of hits led by a series of world-class solo performances. Although the highlight of the set and perhaps the weekend was the cameo from Happy Mondays legend Bez who, with maracas in hand, hyped up the crowd with his usual Madchester charm.

Only hours after performing with the Music Place Choir, Martin Connor and his band delivered a storming set of northern soul. The big sound of the brass section was matched seemingly effortlessly by the smooth yet powerful voice of Martin Connor.

Although the festival was free to attend, some events such as Clint Boon’s live DJ set at the Cinnamon Club required a priced ticket to access. All of the proceeds raised from these events were donated to charity Reverse Rett which exists to accelerate treatments and a cure for Rett Syndrome. Together with donations made by the public, Alt.Harfest raised over £20,000.

After the storming success of this year’s festival, both I and the town of Altrincham are already excited for Alt.Harfest 2019.