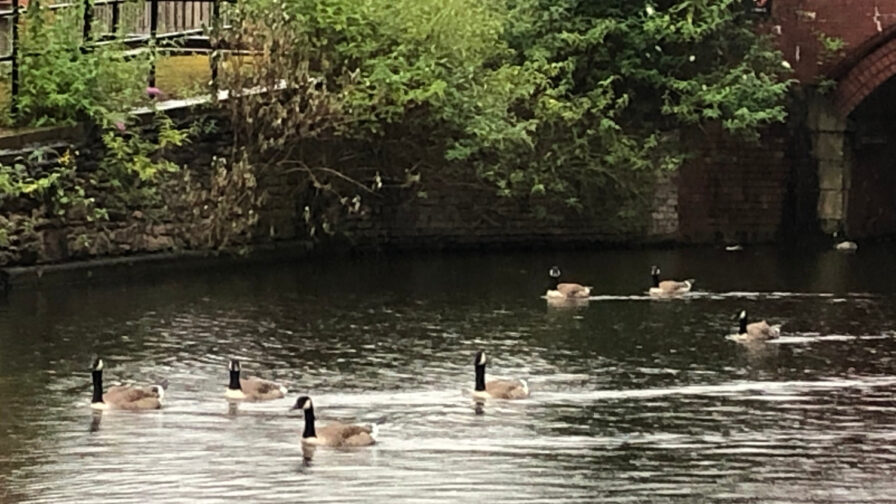 The Canal and River Trust fear that an outbreak of a deadly disease for birds has developed at the popular Ashton Canal running through Manchester.

Overabundance of common bacteria in the canal water, due to  recent warm weather, is believed to be responsible for multiple bird deaths, and there may be more to come.

Over the last week residents in New Islington have reported seeing dead and sick geese along the Ashton Canal. The RSPCA and Canal & River trust have been called out on several occasions to remove the birds, and it has now been determined that the birds most likely died of Avian Botulism. A Canal & River Trust spokesperson said:

“Unfortunately several dead geese were found on the Ashton Canal over the weekend.  Our team attended site to investigate the cause of the incident.  It appears that there has been a suspected outbreak of Avian Botulism which is a naturally occurring bacterial infection which can affect wildfowl in the water and is more common in the summer with warm conditions.

“We’ve notified DEFRA of the incident and supported them with their investigation.  The dead geese have now been removed and we will continue to monitor the situation.  We would like to thank the public for making us aware.”

The RSPCA reported on Twitter that they had rescued three sick geese and retrieved two dead ones from the canal on Monday.

Unfortunately Avian Botulism tends to affect large numbers of birds at once, and infections can stick around for a long time. This means we may see more birds affected by the disease in Manchester, including other species. Dead birds can be reported to DEFRA on 0345 933 5577 and any sick birds should be reported to the RSPCA on 0300 1234 999. Sick birds may be moving strangely or struggling to move, as the disease causes paralysis.

Waterfowl can catch this disease from botulinum toxin in the water, and from eating maggots or any part of a dead infected bird. There is a very low risk to humans, although the public should refrain from touching the birds and practice normal hand hygiene. There is also a low risk to pets, so it is advisable to keep dogs out of the water and keep dogs on leads near to alive and dead birds.