Sunak’s choice: to support the banks and their ill-gotten gains or to save the people from poverty 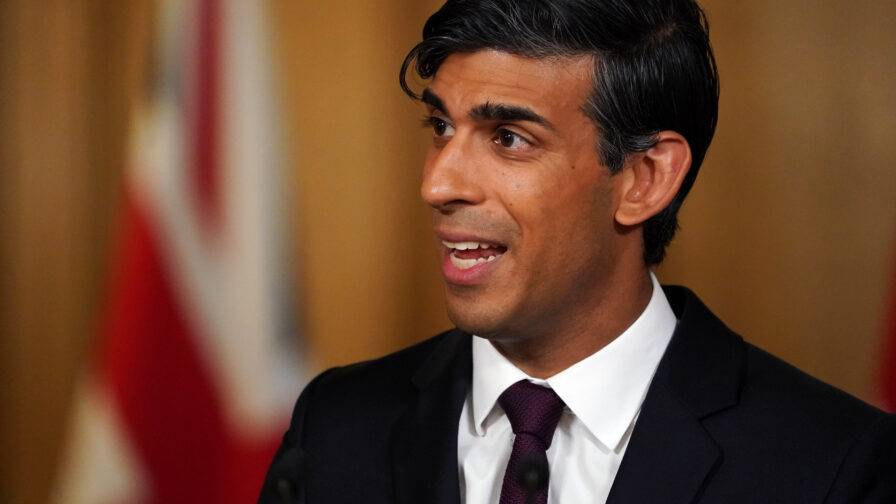 Economist Richard Murphy explains how quantitative easing really works, and how it benefits the banks and not the people of Greater Manchester struggling with the cost-of-living crisis.

There is a story doing the news rounds that Sunak has cost the government £11 billion by failing to manage government interest rates properly. But the real story is much worse than that. This is about banks winning at cost to us all, yet again.

The claim being made is a relatively simple one, but technically it’s a bit complex. I’ll try to make this as clear as I can. It all revolves around quantitative easing, or QE.

QE has been used twice in UK history. The first time was after the financial crash in 2008. Between 2009 and 2013 just under £400 billion of QE was done. Another small chunk of QE was gone in 2016 because of the risks created by Brexit, bringing the total to that date to £445bn.

This form of QE had one real purpose, although the government never admitted it at the time. The intention was to put a lot more cash on the balance sheets of UK banks to prevent them going bust, as Lloyds, Royal Bank of Scotland, Northern Rock and others had done in 2008.

To do this the government did QE, which is a ridiculous process where the government issues new bonds (which are fixed term, fixed interest rate savings products by any other name, but which are quoted on stock exchanges so they can be bought and sold). It then buys them back.

The government issues these bonds to supposedly fund its deficits when it spends more than it gets in through taxes, although (like so much about the government) finances this claim is a lie.

The government need never borrow money to fund its spending because it has its own bank – the Bank of England – that can always lend the government the money it needs instead.

And if you wonder where the Bank of England might get the money from to fund this the answer is that it simply creates it. All it has to do is type two numbers into a computer.

One increases the government’s loan account with it by, say £10 billion. The other increases its current account with the Bank of England by the same amount. And that’s it. That’s how it makes new money.

There is nothing odd about this, by the way. That is literally how every single penny of new bank lending in the UK is funded. You never borrow someone else’s money when you tap your credit card on a card machine. New money is created by you and the bank every time you do that.

This is because all money is just debt, and all banks do is record the debts they owe to and from their customers. There is no money in a bank as such. There’s just a giant set of accounts that records money owing.

The twist is that they charge you for the privilege of owing them money you did as much to create as they did.

To get back to QE. Before 2008 banks trusted each other to pay the money they owed each at the end of each day as they settled up the accounts between themselves as they paid out or received money for the customers of other banks.

And then after 2008 the banks realised how terrible they all were, and how untrustworthy they’d become and stopped trusting each other and basically demanded that there was more cash in the inter-bank payment system.

The inter-bank payment system is called the central bank reserve accounts that each UK bank and some other regulated financial services companies are required to keep at the Bank of England. In 2008 there was only around £40 billion in these accounts. It was not enough.

The government was desperate to prevent any more banks failing. So it had to boost the amount on the central bank reserve accounts. It did that using QE. It bought back the government bonds I have already mentioned. It did it by using new money created by the Bank of England.

The Bank of England then put that money in the central bank reserve accounts of the commercial banks. As a result those banks then paid the people who previously owned those bonds that had been sold back to the government.

Instead the commercial banks noted that the Bank of England (which is the only bank that can never fail, because ultimately it creates all money) had promised to pay them and so, in turn, they paid their customers.

This is a long way around saying that the new money created by the Bank of England on the commercial bank’s central bank reserve accounts stayed in those accounts. Pretty much they went up by about the same amount as the amount of QE debt repurchases.

The commercial banks were saved with money the government gave them and on which it paid interest at the Bank of England base rate, which has always been 1% or less since 2009, and until recently was 0.1%. The cost was pretty small. No one worried about it.

Then came Covid. And so did QE, again. But this time the deal was quite different. The Bank of England created new money that was spent by the government to simply keep the economy going. £450 billion or so of it.

This was paid out through the commercial banks and the central bank reserve accounts went up again, by near enough this amount, to reach near enough £900 billion.

This whole QE operation in 2020/21 is best described as a sham, or a lie. Each week after the government pumped money into the economy the Treasury issued new debt to pretend borrowing was paying for these costs. And within days the Bank of England then bought this new debt back.

So, the commercial banks or their customers were asked every week to buy debt, but they always knew that they would get their money back in days. That was the sham. This QE was put in place to pretend the national debt increased, but it did not.

Instead the Bank of England funded the Covid crisis. But the money it provided to the government had to get into the commercial banking system and that meant it was paid to those banks through their central bank reserve accounts, which grew as a result, to near enough £900 billion.

Remember what these central bank reserve accounts really are. They are in effect bank deposit accounts that the commercial banks hold with the Bank of England. They are nothing more complicated than that.

And the government paid interest on the gift as well. That was no problem when the interest rate was 0.1%. The cost was under £1 billion a year. But now it’s 1%, and rising. So each year the government is now paying out £9 billion to the commercial banks.

The commercial banks have not earned this money. They are just being gifted it. And that cost is going to rise. Some bankers are demanding Bank of England interest rates rise to 4% or more. The annual gift to the banks might rise to more than £40 billion in that case.

So, at a time of austerity and because the government is letting the Bank of England raise interest rates (which is a wholly mistaken policy because that will just crush the economy when we’re already heading for recession) and the UK’s banks are cashing in, massively.

In effect, as people in this country go into deep poverty and debt the banks will have never made so much and all because the government literally gifted them £900 billion, much if to stop them going bust after 2008 and Brexit, and the rest because of Covid.

Money is not going to trickle up to those who deserve it least. It is going to flood in their direction. And although I’ve been saying this for some time, now people are beginning to notice. But, they have the wrong response.

They’re making technical arguments, saying that Sunak should have issued than commercial banks with long term, fixed-rate debts last year so limiting the amount of interest the banks could earn. Well, maybe, yes he should have done. But he didn’t, and hindsight is wonderful .

So what should he do now? There several things that could be done.

First, he could tell the Bank of England to cut interest rates. He needs to do so. These interest rate rises are going to cause recession in any case and will do nothing to stop inflation. But the Bank and conventional economists will yell and squeal and so he won’t do that.

Second, he could tell the Bank to only pay bank base rate on, say, £100 billion of the central bank reserve accounts and the rest he could say should still be paid at 0.1%. This is possible. After all, the commercial banks pay almost nothing on the deposit accounts they provide.

Or, he could do a windfall tax on the banks. This could be at 90% on the money they are paid on their central bank reserve account balances (or even 100%, as they never earned these sums). That would solve the problem.

Any of those three options solve this problem and would stop banks from profiting as most in this country face a financial crisis. Will he do any of them? That is the ultimate test for Sunak. The people, or the banks? That is his choice to make.

Time will tell, but I fear he will favour the banks. He will say he can’t do a windfall tax at those rates. And he will say he can’t overrule the Bank of England, who he will claim are independent, which is another complete sham as they aren’t.

And he will say we need interest rate rises because people have to be punished with a recession for the inflation they did not cause and which he is doing nothing to resolve.

But it need not be this way, and now you know why. Sunak can destroy the country by favouring the banks. But he need not do so. Please shout about that.