National parks are beautiful, but austerity and inequality prevent many from enjoying them 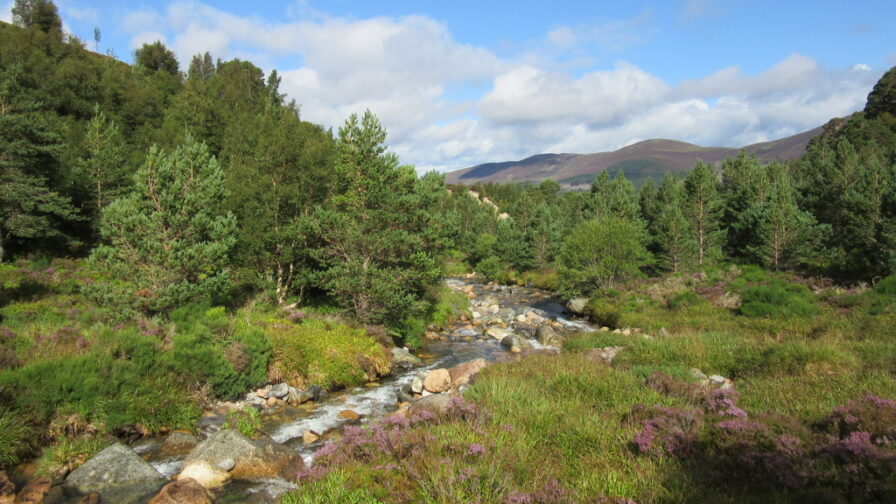 Ian Mell from the University of Manchester argues the case for more small urban parks, to level up the playing field when it comes to accessing nature.

Spending time in nature is good for you. A person’s access to parks and green, open spaces is important for their health, as research from the NHS and the OPENSpace research group at Edinburgh and Heriot Watt universities shows. Spending time in parks lowers the risk of cardiovascular disease and asthma, helps address obesity and mitigates mental health issues.

National parks are often considered the best places to escape to and enjoy the benefits of immersion in nature. Occupying whole landscapes in picturesque rural areas, they provide space for hiking, bird watching and mountain biking. Due to their size, they also perform critical environmental functions by providing a home to biodiversity and storing atmospheric carbon in vegetation.

But approximately 50% of the UK’s poorest people live over 15 miles from a national park and most people require transport to get to them. For the most disadvantaged people in Britain, who predominantly live in urban areas, these places can seem largely inaccessible.

Within low income communities, opportunities to explore national parks are hindered by inadequate transport options compared to communities of higher socioeconomic standing. The most affluent 20% of wards in the UK also have five times the amount of green space than the most deprived 10%. Promoting the value of these green spaces for health and well-being is therefore disingenuous without acknowledging that access isn’t equal.

Local parks, meanwhile, are embedded within neighbourhoods and could ensure that immersion in nature isn’t just a luxury for the rich to enjoy. Typically starting at about two hectares in size and located within a ten-minute walk of residential areas, local parks provide everyday spaces where people can connect with nature.

These are the places where kids play football and ride their bikes and where there is the opportunity for daily contact between people, nature and their communities, all of which is essential for social cohesion.

If people can’t use national parks, perhaps local parks can provide the health and social well-being benefits within the community.

Not a level playing field

As a result of austerity, however, local governments and the environment sector, which are responsible for managing local parks, are underfunded.

This affects the quality of these parks and means they are less attractive to their communities. Some local authorities are even considering the sale of their green spaces to limit the annual costs of maintaining them.

National parks generate significant income from tourism. In many cases, this is their main economic support. Without the opportunity to exploit similar revenue streams or draw from alternative funding sources, issues of access and quality continue to hit local parks more heavily.

“Destination parks”, such as Hyde Park in London or Heaton Park in Manchester, are exceptions – situated in large, urban areas, they enjoy similar opportunities to generate additional revenue as national parks, using events and tourism to generate income. Local parks within poorer communities are unable to attract commercial events with the same frequency or magnitude and are therefore more vulnerable to funding cuts.

All people, regardless of their wealth, should have access to attractive and functional green spaces. However, the UK government’s announced funding boost of £13m for local parks in February 2019 shows an ignorance of the scale of austerity felt by some parks managers. Many have experienced budget cuts of up to 90% since 2010. This means lower quality parks with staff redundancies, reduced maintenance and a falling number of council-run activities.

The falling quality of local parks will hit lower income residents hardest – restricting their interaction with nature and their opportunities to socialise and relax. These are also the people in society who already have the least access to personal transport, disposable income or affiliations with organisations such as the National Trust.

If the slashing of funding for local parks continues, there may be a corresponding fall in attachment to nature among poorer communities, as described by psychologist Richard Louv. Public desire to spend time in nature and concern for its welfare could be lost.

Properly funding the environmental and health services provided by parks is essential to ensure liveable places for a majority of the British public. Local parks in particular deserve more attention as they are used more frequently by disadvantaged communities and have ongoing benefits for community cohesion.

While national parks offer ecosystem services and the opportunity to escape for a day among natural beauty, if we don’t acknowledge that access to all green spaces is as important as the benefits they can provide, we risk overlooking the inequality that holds many back from enjoying them.

First published in The Conversation on 20 February 2019