How corrupt is the UK? 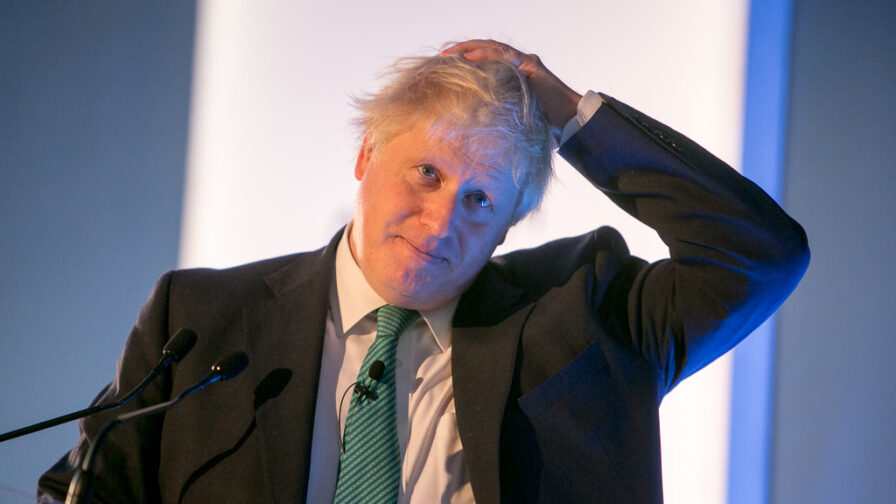 Political economist Richard Murphy addresses this question in response to Boris Johnson claiming the UK “is not remotely a corrupt country” after being barraged by questions on ethical standards by journalists at the Cop26 summit, referring to the Owen Patterson lobbying scandal.

Boris Johnson at the Cop26 summit claimed that the UK is not remotely corrupt. The guffaws of disbelief could be heard all around the press conference to which he made the comment. The media has clearly decided that the time has come to expose the sleaze in which many members of this government appear happy to participate. But, parliament and the activities of one party within it, are not (as yet) sufficient indication to suggest that a country is really corrupt. Is there other evidence to support the case?

The answer is that there is, of course, plenty of such evidence. Let me offer just three examples, all of which indicate that corruption is systemic, which as far as I am concerned is the key indicator required to conclude this argument.

The first batch of evidence comes from the systemic bias within legislation over the last decade in favour of those with wealth, whilst penalising those who have to either work for a living, or who depend upon the state for their income because of their inability to work, much which is beyond their own control. Austerity it was a code name for this attack, but there were, of course, particular incidents, from the bedroom tax, to the cut of £20 per week in Universal Credit.

These, though, were the highlights: behind the scenes there was the steady cut in social services and the withdrawal of care, most especially in people’s homes, and the cut in the funding for all those services on which people with just enough income to make ends meet relied, from education, to healthcare to social infrastructure. Everything was designed to squeeze living standards, while simultaneously, as I noted recently, there has been a systematic programme to boost the well-being of the wealthy.

Inequality in the UK has not risen by chance. It has increased because of a deliberate policy. There is a deliberate plan to increase the wealth of a few whilst oppressing many. If that is not a programme of corruption, I do not know what is.

Second, whilst this has been going on there has been another systematic programme, which has been of underfunding our tax authority. Over many years HM Revenue and Customs has seen its number of staff reduce, its offices close, its support to those who need help reduced, and its ability to retain staff capable of undertaking complex tax audits reduced significantly. The consequence has been all too apparent. Those with wealth are subject to substantially less scrutiny now than they were in the past.

The Board of HMRC has, since the time of its creation and the time that it adopted a structure that mimics that of a private corporation rather than a public service, been responsible for overseeing this programme which is focused much more on tackling benefit fraud that it is on collecting the proper tax due by those with wealth. The fact that tax is still used as a mechanism for attracting inward investment to the UK via, for example, what I consider to be the deeply racist domicile  rule, only exacerbates this political corruption of the tax system of the UK. The absence of effective taxes on wealth simply reinforce this. This too is systemic corruption.

Third, there has been, despite government claims to the contrary, a significant increase in the corporate opacity of the UK. When I began my accounting career every company had to declare who owned it. Admittedly, the names given were those of the legal, and not the beneficial owners but they had to be supplied. In addition, a full set of audited accounts had to be put on public record. Over the last 30 years this has changed, with Labour being as much to blame in this case as the Tories, but with the process having advanced considerably in recent years. Over 90% of companies in the UK are not now audited. The same number do not need to file a full set of accounts on public record, and most do not, meaning that they can avoid disclosing anything about their trading activities, and usually do. What is more, whilst companies are now required to disclose the beneficial ownership of their shares that is only the case for holdings of greater than 25%.

It does not take a great deal of ingenuity to find a way to structure a company so that no one appears to own more than 24.9%, and then no disclosure on ownership is made at all. We have, as a result, gone seriously backwards since David Cameron made his commitment to greater corporate transparency. Such is the way of corruption doublespeak. And in the meantime, the tax rates of companies have tumbled as their share of overall income in society has increased. Those who can capture the benefits of society for their own gain are doing so, and increasingly unaccountably.

Johnson’s government’s corruption matters. It is indicative though of a much greater problem that has existed for the last decade of Tory rule. This is a party dedicated to securing benefit for a few at cost to the many, and which wishes to do so unaccountably. All that is becoming apparent is that this is the case, and extends deep into our hierarchies of power.

So, is the UK corrupt? All the evidence suggests that under Conservative rule that is exactly what it is. The real question is whether anything will be done about it. It is time that the electorate were very angry but that is not apparent, as yet.