We have a collective right to Manchester — let’s proclaim it 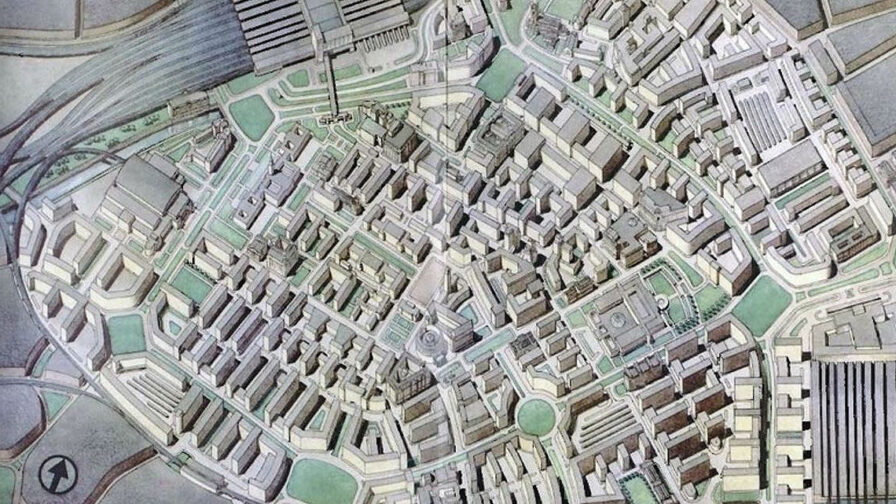 Our report on public land privatisation published two weeks ago has sparked a political debate across our city on how we might better manage our public assets. Here we publish reflections from an organiser at Greater Manchester Labour for a Green New Deal.

Earlier this month, the Labour Party suffered one of the worst local election results in its history, accompanied by the devastating, but predictable, loss of a parliamentary seat in the former heartlands. However, here in Greater Manchester, we can tell a different story. Losses were contained and Andy Burnham increased his mandate after taking buses back into public control and publicly backing rent controls, alongside Salford’s Paul Dennett, a socialist with a commitment to the largest council housing project the city has seen in half a century. Following the election, Greater Manchester Labour for a Green New Deal were also enthused to find a cohort of radical, climate-conscious councillors have been elected in a scatter of wards throughout the councils of Greater Manchester.

Yet in Greater Manchester, the local government and city apparatus is failing to act in our collective interests. Our green belt is torn up as the climate and biodiversity crises thunder-on unabated. Landlords and property managers salivate at increasing land values as jobless tenants are evicted. Speculators hoard land as the waiting lists for housing skyrocket. Global financial capital offload surpluses into locally-unaffordable luxury apartments as occupied flats fall into disrepair. Manchester council celebrates the permanent pedestrianisation of a bustling Northern Quarter as disabled and older people lack the basic infrastructure to move freely and live independent, dignified lives.

These are not disparate struggles with unrelated causes. There is a common cause to be found among the priced-out renter, the green belt resident, the local first-time buyer and those that lack access to basic infrastructure. The root driver behind many of these struggles is the same; that capital is given free reign over the city, aided and abetted by a compliant local government that is guided by yesterday’s neoliberal logic. The basic foundation of that logic holds that human well-being is best advanced by the maximisation of entrepreneurial freedoms, within an institutional framework characterised by unencumbered markets. In the urban context, this means that the economic development of the city-region has been geared towards the exploitation and expansion of particular assets to the end of capturing value for global, unaccountable networks of financial capital.

As the recent ‘Who Owns the City’ report reveals, local government has been responsible for the disposal of large tracts of economically, socially and ecologically valuable land to unaccountable international financial firms. One such firm is the Abu Dhabi United Group (ADUG- owned by the Deputy Prime Minister of the U.A.E), who the council handed over New Islington and many more hectares of Ancoats, including the recent site for a proposed car park, defeated by climate campaigners in the midst of a declared climate emergency. As the patchy data sets released by the council already reveal, much of the land is passed into the hands of developers for as little as £1 per lease with no return on extracted rents or local value capture.

Despite the turn to interventionist rhetoric, the Tory central government’s planned legislation for Planning Reform is a consolidation of this socially and ecologically dangerous logic on a national scale. Whilst Labour for a Green New Deal have proposals for socially just, green land reform through legislation that facilitates schemes of Community Right-to-Buy, we cannot wait in hope for the Labour Party to take parliamentary power and enact the radical changes we need before 2024. Independent of the Labour Party vehicle, a coalition of movements has formed around our shared struggles to demand the establishment of a Land Commission for the democratic oversight of planning decisions relating to public land disposal.

We must collectively maintain concerted pressure on our local elected representatives, from our ward councillors to the GMCA, to see these commitments enacted on the ground. Greater Manchester Labour for a Green New Deal are proud to join a formidable coalition of 60 organisations to call on Andy Burnham to establish a GM Land Commission this year, in accordance with his manifesto commitments. However our shared struggle to defend our communities and environment goes much further beyond this objective. We can put an end to the zombie of neoliberal urban development through demanding our collective Right to democratic oversight over urban planning decisions that affect our communities, our homes, our livelihoods and our environment.

Proclaiming a Right to the City demands nothing short of a complete overhaul of the planning process and rebuilding it into a truly democratic, community-led, deliberative process: with community power over decisions regarding the investment of surplus, the use and sale of public land as well as development plans on ecologically essential tracts. This requires a shared strategy, and we are in no illusions that reconciling some differences and ideas will be easy. So let’s get on with the hard work now and defend our communities for the next generation.

Cover images shows a 1945 imagining of what the Manchester urban scape would look like in 2045, sourced from this article.

Sean Benstead is an organiser for Greater Manchester Labour for a Green New Deal.