The privatisation of Manchester 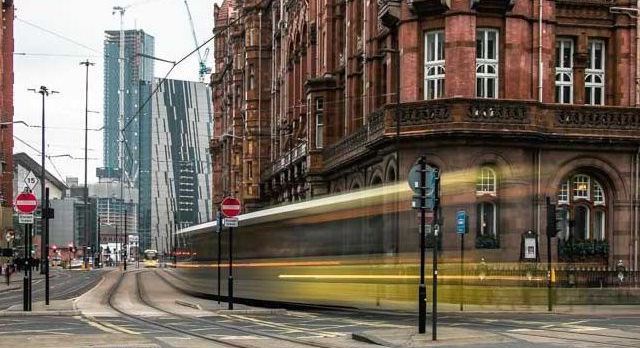 As Manchester becomes increasingly gentrified and local communities are priced out, a new report on the city's land use has found a pattern of privatisation and sell-offs – aided and abetted by its Labour council.

Prior to Margaret Thatcher’s election in 1979, public land ownership was the norm rather than the exception in UK cities. From the mid-nineteenth century onwards, municipal governments acquired huge amounts of urban land to reflect their growing importance as providers of infrastructure, housing, and green space.

Since the dawn of the neoliberal period in the 1980s, however, public land has been subject to privatisation on a massive scale. In his recent book The New Enclosure, Brett Christophers found that a staggering 10% of Britain’s total landmass has been privatised during this period, equivalent to land worth £400 billion.

Christophers identifies a range of negative impacts of this sell-off, including land hoarding by developers and the growing centrality of rentierism in the UK economy. However, a lack of transparency around land privatisation has prevented the emergence of an effective political movement to contest this colossal enclosure of public wealth.

Manchester is identified by Christophers as a ‘prime example’ of the municipalisation of public land in the late nineteenth and early twentieth centuries: at the beginning of the privatisation process in 1982, Manchester City Council owned 57.9% of all land within its local authority boundaries. However, there is a lack of publicly available information about what has happened to this land since.

Thanks in part to the BBC’s Manctopia TV series, it is now well known that speculative real estate investment is transforming central Manchester into a high-rise enclave of luxury apartments. While Manctopia dedicated copious time to a sympathetic profile of one local property developer, it had nothing much to say about the political economy of land ownership that underpins the city’s post-industrial redevelopment.

As two urban geographers living in Manchester, we set about investigating what has happened to council-owned land in the city centre since the 1980s. In a new report published with local campaign group Greater Manchester Housing Action, we found that there is a lack of transparency around public land disposals in the city. However, we have used Freedom of Information requests and UK Land Registry data to piece together a limited picture of public land privatisation in central neighbourhoods.

The available data suggests that the council is leasing out prime land to developers at prices significantly below what the council itself has paid for city centre land. For example, we estimate that the council may be paying nine times more for land in the gentrifying neighbourhoods of Ancoats and New Islington than it has received in revenue for land in the same neighbourhood. Despite the fact that there were 98,898 Greater Manchester households on the housing waiting list in 2019, these developers have built blocks of luxury apartments that typically contain no social or affordable units.

The single largest beneficiary of this privatisation process is Abu Dhabi United Group (ADUG), the Emirati private equity company that owns Manchester City FC. We estimate that over 4 hectares (equivalent to 7.5 football pitches) of public land have been transferred to ADUG in order to build over 1400 housing units as part of its Manchester Life partnership with the council. However, none of these units are classed as affordable. In addition, the council reportedly receives none of the rental income from Manchester Life’s large property portfolio, and any profit-sharing arrangements have yet to be disclosed to the public.

Although data on public land disposals is limited, a clear and worrying pattern emerges: public land is being used to enable private developers (including an Emirati private equity company) to build luxury apartments rather than to address the city’s urgent need for social housing and public green space.

Become a member by donating a minimum of £1 a month to The Meteor.

The Meteor is a not-for-profit, independent media co-op – an alternative, radical, community-based publication for the people of Manchester.

By telling stories that are neglected in the mainstream, investigating and challenging local power structures and exploring important issues, from the everyday to the earth-shattering, we aim to promote social, economic and environmental justice in our city and beyond.

The Meteor is now a co-operative, meaning that community members can own a stake in the company and exercise democratic control over the publication.

Support us by becoming a member

Like many cities, Manchester is experiencing a local authority funding crisis due to a decade of punishing austerity policies. Cash-strapped London councils are increasingly speculating on their land assets in order to fund affordable housing construction and service provision. In contrast with these innovative but problematic forms of ‘financialized municipal entrepreneurialism’, however, we see very little evidence that Manchester City Council is attempting to capture the rising value of central urban land.

Several struggles around public land use have recently emerged in Manchester. The council acquired a former retail park in the city centre in 2017 with a view to redeveloping it into offices and apartments. However, their plan to use the site as a carpark in the meantime was defeated in the courts due to opposition from local residents demanding much-needed public green space instead. Meanwhile, residents of Chorlton in South Manchester are fighting to prevent Manchester Metropolitan University from building houses on green space that was originally acquired from the council for the purpose of sports and recreation. Could these neighbourhood struggles form the basis of a city-wide movement for the democratisation of public land?

Our report concludes by calling for greater transparency and accountability over public land ownership and use. What might this look like in practice? Under Jeremy Corbyn, the Labour Party published the Land for the Many report featuring many promising proposals, such as making all land ownership data open access and empowering local authorities to use public land to address social and environmental needs. There is, however, no indication that Labour’s current leadership plan to take this agenda forward.

At the city-regional scale, Liverpool is currently the site of a novel experiment in making public land management more open, transparent and participatory. Metro Mayor Steve Rotheram has launched a Land Commission composed of representatives of the public, private, and voluntary sectors and academia in order to develop ‘radical recommendations for how we can make the best use of publicly-owned land to make this the fairest and most socially inclusive city region in the country.’ Commission member and academic Matthew Thompson argues that this initiative seeks to ‘democratise decision-making over land use and support the expansion of the urban commons.’

Without much public fanfare, Andy Burnham’s 2021 mayoral election manifesto included a commitment to establish a land commission in Greater Manchester. Along with over 50 local organisations, we welcome this pledge and call for the establishment of a Greater Manchester Land Commission with participation from climate and housing justice campaigners by the end of 2021.

In the meantime, it’s up to Manchester’s Labour councillors to scrutinise Council land sales to ensure they are serving the public interest rather than private profit.

By Jonathan Silver and Tom Gillespie. First published in Tribune on 14 May 2021