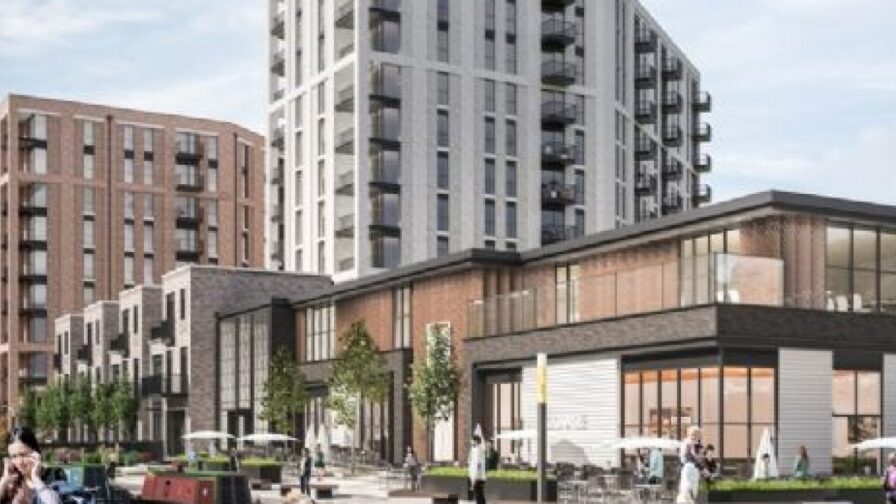 Huge Chinese and Singapore Salford development has avoided £8.3 million in fees so far. The 25 acre Middlewood Locks development should have yielded £8.3million in planning fees to Salford City Council but in its first two phases didn’t pay a cent because of ‘viability’ issues. Next week, the Council’s Planning Panel will consider proposals for the third phase of 189 residential units plus commercial space, and the company has submitted a further ‘viability’ report which could lead to no payments yet again – despite the previous planning report stating that “The Council’s surveyors are confident that future residential phases will make a S106 contribution”…

“It is very pleasing to see the Middlewood Locks project becoming the success story that we had envisaged four years ago, bringing real benefit to the people of Salford” the Mayor said, adding “…We are excited to see further benefits for the community through working together over the future phases of this development, ensuring that growth in the city delivers on our social values and tackling poverty aspirations as a city.”

…Except that so far, the development has avoided £8.3million in planning contributions, plus there is no affordable housing – a three bedroom apartment costs up to £344,000 and a two bed up to £264,000.

Back in 2014, Salford City Council granted ‘outline’ planning permission for the whole 25 acre site of around 2,215 homes, plus over 750,000 sq ft of offices, a hotel, shops and restaurants.

Within the Council planning officer’s report, it stated that there should be a Section 106 planning contribution of £8,361,884 – but the Council only asked for a minimum of £1.95million with possible clawbacks to bring it up to the full amount.*

In 2015, the first phase of Middlewoood Locks for 571 unaffordable homes, plus commercial space, was granted with no planning fees payable at all because, the Council stated, it “included significant landscaping works and so was clearly unviable”.

In December 2016, the second phase of 546 unaffordable apartments came up for planning permission with the planning officers stating “This second phase does not include that landscaping and the Council’s surveyors have concluded that subject to final confirmation regarding build costs, the scheme remains such that no contribution is justified.”*

At the planning meeting for that phase, the Salford Star reported Broughton Councillor Charlie McIntyre questioning the concept of ‘viability‘. While the first phase was `unviable’ because landscaping would be carried out, he asked them to explain why the second phase was ‘unviable‘… “What does unviable mean?” he asked.

The officers explained that “The second phase is affected by the first phase landscaping so it’s not so viable…but the next phase will secure Section 106 contributions”.

…”And how are we going to protect ourselves getting to the third phase and being told that it’s ‘unviable’ again?” the councillor asked.

“It would be unusual if the third phase came forward and our officers were saying again that there were no contributions to be made…” the officer replied. Councillor McIntyre just shook his head.*

So much for the development being ‘unviable’ – the company reports that “94% of homes sold in the first two phases”.

Next week, the same Planning Panel will consider plans for the third phase of 189 town houses and apartments plus commercial units and office space at Middlewood Locks. The officers’ report acknowledges that “The first phase…concluded that the scheme would not be viable if contributions were sought. The second phase also remained unviable such that no contribution was justified…”

Now, the company has again submitted a ‘viability‘ report and the officers note that “The council’s surveyors are reviewing the submitted appraisal and are holding discussions with the applicant’s surveyor to determine whether this phase is viable and, if so, what proportion of the identified viability sum can be paid”.

The report adds that councillors sat on the Planning Panel won’t actually know the outcome; whether there will again be no fees paid to the city…

“The S106 viability review is taking place outside of the parameters of this application, in accordance with the requirements of the terms of the existing legal agreement” it states “This assessment of viability does not have any bearing on the determination of this application…”

Even if the Council surveyors decide that some money has to be paid, the report concludes “This payment trigger is not met with phase 3 but is likely to be met in the coming phases…”

The Zilch Road from China to Scarborough to Salford – click here