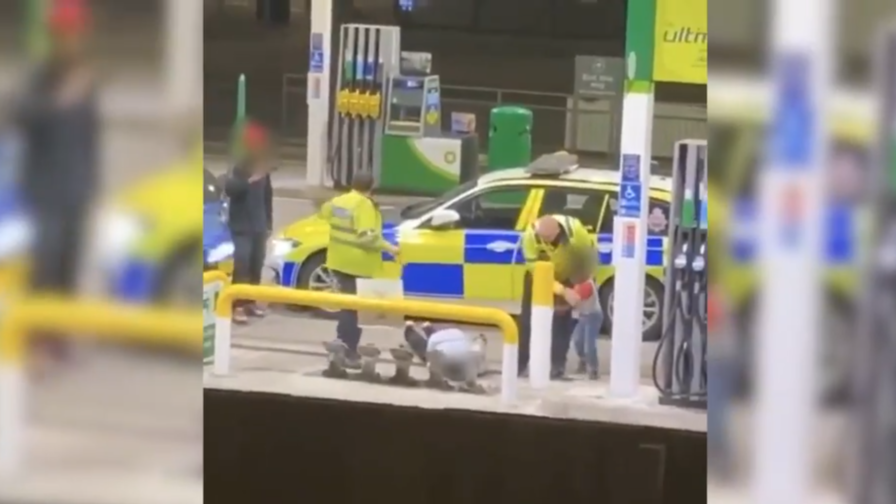 Northern Police Monitoring Project, and other civil rights groups, have written a letter to Greater Manchester Police and Police Crime Commissioner Bev Hughes expressing concerns over the tasering of a man in front of his child at a petrol station in Stretford on Wednesday 6 May.

GMP have referred the incident to the Independent Office for Police Conduct for investigation.

We are writing with regard to a video circulating on social media, seemingly filmed on the evening of Wednesday 6th May 2020. The video shows GMP officers deploying a taser on a man in front of his young child.

We are deeply concerned about this incident. The taser appears to be deployed without warning or justification, and without any regard to the lasting impact that witnessing such events will surely have on the child, and our wider communities – particularly those that are already familiar with police violence.

We know that this example of the excessive use of force via taser is not an isolated incident. Rather, it follows a national ramping up in the use of Conducted Energy Devices (CEDs), in which GMP seem to be leading the way. Indeed, Home Office data for 2018-19 indicates that GMP reported more incidents involving CEDs than any other force, with the exception of the Metropolitan Police.

As with police use of force generally, taser use is disproportionately used against Black people. In 2018-19, Black people were 10 times more likely to have a CED used against them by GMP than white people, relative to population size (Resistance Lab, 2020 unpublished). There must, therefore, be recognition of – and action to end – the racist (and classist) practices of GMP, and UK police forces more generally.

At a time when the police have been given unprecedented powers, this adds to an ever-growing body of evidence that the police simply cannot be trusted with such power, particularly where Black and Brown communities are concerned. As such: