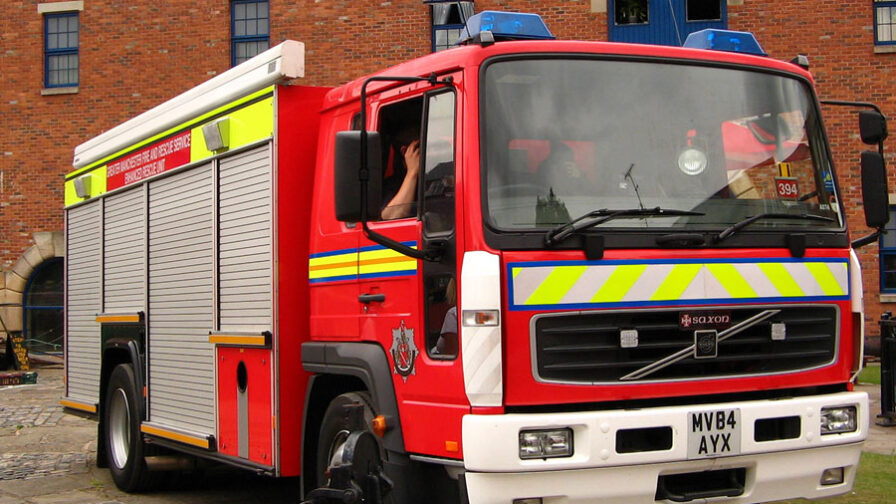 Following news in October that Eccles was to have its second fire engine cut from service, Greater Manchester Mayor, Andy Burnham, has rubber stamped a further loss of Salford’s second engine.

This week, details of cuts to Greater Manchester Fire and Rescue Service have been rubber stamped by GM Mayor, Andy Burnham, as Salford’s second fire engine will be axed (along with the second fire engine from Gorton), probably in April 2020.

Over the whole of Greater Manchester, it will take the total of cut fire engines to nine, including Eccles’ second engine, announced in October*. Also lost will be second fire engines in Manchester Central, Blackley, Heywood, Moss Side and Oldham, plus a further one at Bolton Central following the merger of two stations into one.

Stations will also be merged at Thompson Street and Phillips Park, and Stockport and Whitehill. Following the cuts, Greater Manchester will be left with 38 fire stations, when previously there were 41.

Now, the plans have been amended to commit, the GM Mayor’s report states, to “maintain 1,121 firefighters until April 2020” and “supported by overtime arrangements and the short-term use of reserves, current crewing arrangements can be maintained at 5:4:4 and 50 fire engines to allow more time for discussions with the Fire Brigades Union about the number of fire engines available and the crewing levels that can realistically be achieved.

“The long-term viability of this arrangement, however, is dependent on future funding settlements from central government” it adds.

The GM Mayor’s report explains that it is all about “a new vision and purpose for Greater Manchester Fire and Rescue Service (GMFRS), setting a clear direction of travel for the Service, re-focusing on a ‘frontline first’ approach, as well as helping to improve Service culture by reinforcing a common sense of purpose shared amongst staff…”

How it can be a ‘frontline first approach’ with two fire engines being cut from Salford is anyone’s guess…especially with more buildings going up, a growing population and blocks covered in Grenfell style cladding. Expect a terse response from the local Fire Brigades Union…

First published in the Salford Star on 13 November 2019