The Historical Echoes Of The Peterloo Massacre 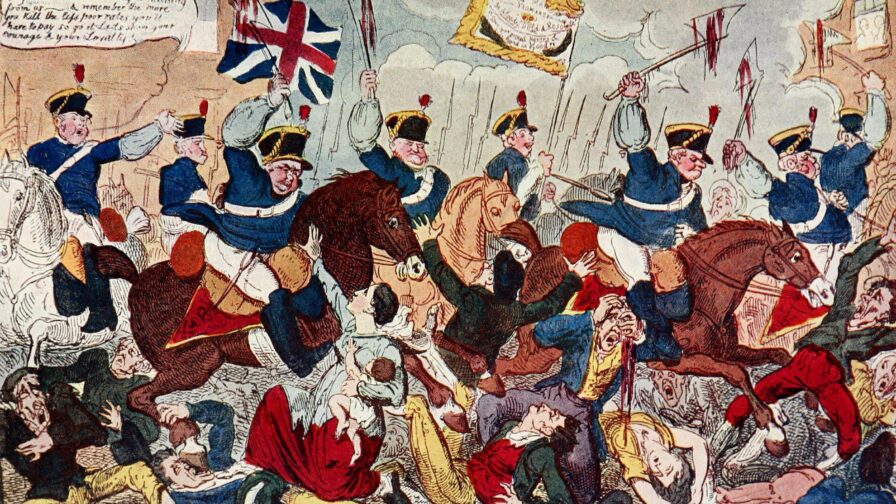 On 16 August 1819 Mary Fildes and members of the Female Reform Society marched to St.Peter’s Fields in the centre of Manchester with many other people to angrily demand the end of political corruption , hunger and unemployment. The women said, “Every succeeding night brings with it new terror, so that we are sick of life and weary of a world, where poverty, wretchedness, tyranny and injustice, have so long been permitted to reign amongst men.”

As Mary and a peaceful crowd of tens of thousands of men, women  and children listened to a speech by radical orator Henry Hunt, they were attacked without warning  by the military, sent in by Manchester’s unelected authorities, resulting in many deaths and injuries. Mary only narrowly escaped serious injury as horsemen slashed at her with sabres. This shocking event became known as Peterloo Massacre.

On 20 August 2017 the Peterloo Memorial Group (PMG) are holding an event to mark these events, as they have done for a decade, reading out a list of the names of the dead. They are seeking to erect a monument in 2019 that is “Respectful, Informative and Permanent”. They say that the annual event is not a demonstration, and ask people to refrain people from bringing political banners and do not invite present day campaigners to speak at the commemoration, countering that “The political significance of Peterloo is so blindingly obvious that we feel no urge to spell it out for the edification of others. It speaks for itself. People are adults, and will make their own interpretation of what present day actions 1819 inspires.” 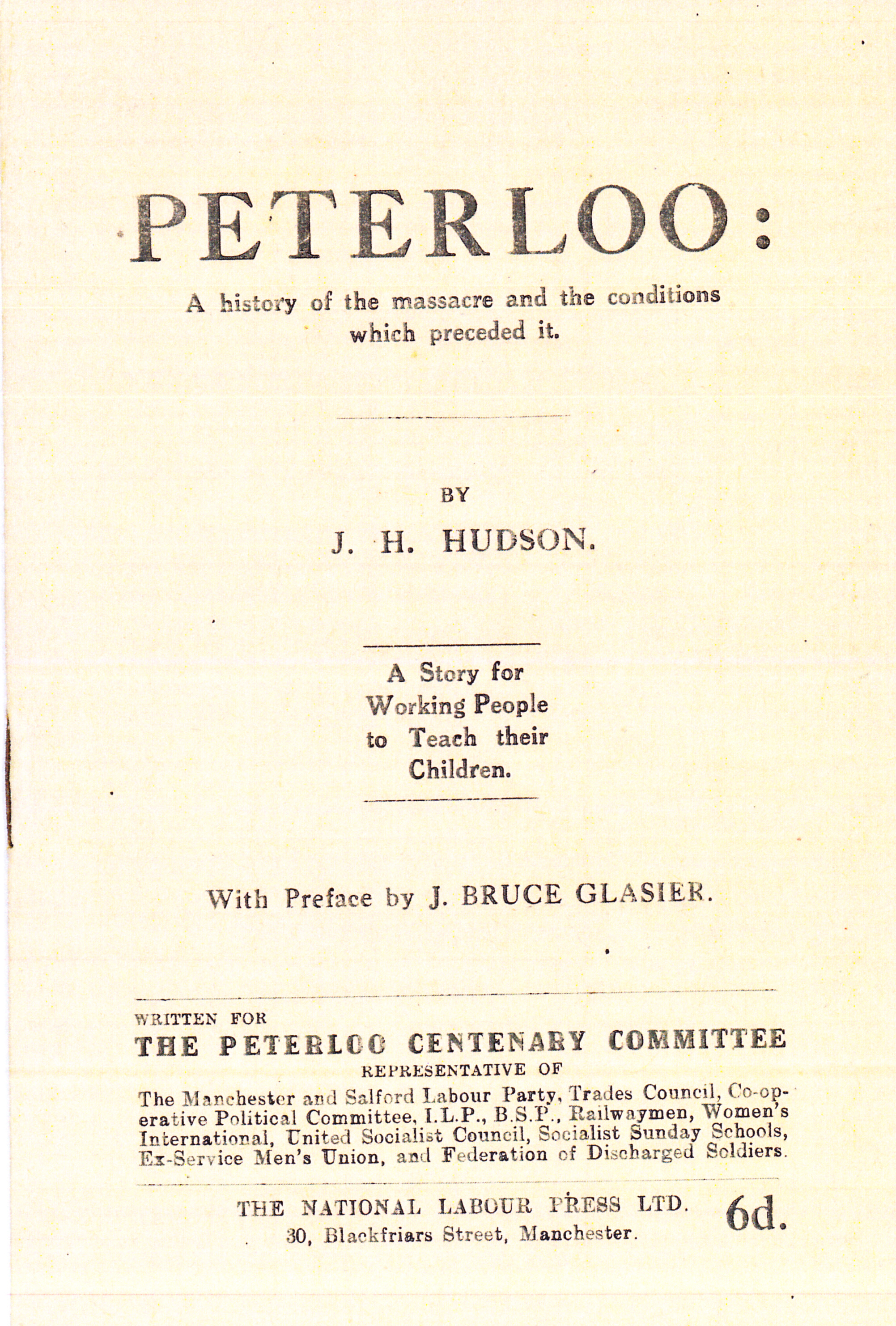 Michael Herbert, a socialist historian who has made a particular study of Peterloo, disagrees. He says, “I am  critical of the way that the  Peterloo Memorial Committee has plucked Peterloo out of its political and economic context, and repackaged it as a one-off shocking event”. He also believes that the class nature of the event has been excised, noting that the Centenary Committee in 1919 included the Manchester and Salford Labour Party, Women’s International, and Co-operative Political Committee, while the commemorative concert in 1969 included Michael Foot, Leon Rosselson and Harry Boardman.

The PMG and Manchester City Council are working together over the erection of a memorial in the city centre. PMG says: “We are completely and quite rightly independent of the council, but will work with them to ensure Peterloo is physically commemorated in an appropriate manner. They are providing really significant funding for the memorial itself, which is great news.”

In recent months the area where Peterloo took place has seen new demonstrators who are seeking justice in a very 21st century dispute. Building workers, members of Unite, have been on strike for three months over pay differentials. Originally part of Manchester City Council workforce they were recently transferred over to a national company, Mears, even though they had challenged the Labour Council over its policy of handing over public contracts to private companies. Unite representative Bill Nugent says that it is the workers who are now paying the price. “We are now paid £7,000-£8000 less than other Mears workers, and are the lowest paid in Manchester.”

Nugent has never heard of the PMG, but when I told him of the involvement of the Council he was surprised. “We call them Red Tories. It is hard to believe that a Labour Council would treat workers in this way.” And he sees it undemocratic that for his members to prolong their strike action they will have to be re-ballotted – and have to gain 50% of the vote. “Ironic given the fact that these councillors only had to get 20% to 30% to be elected.”

For campaigners around justice for benefit claimants, the anger and despair expressed by Mary Fildes and her comrades has a continuing modern relevance, as women have been particularly hit by the austerity. From young women facing zero hour contracts to older women being forced to work until they are 66, there are many echoes from the past. Green Party member and activist in Tameside Against the Cuts Christine Clark picks up on the issue of acute economic distress which she sees every week as she stands outside Ashton Job Centre, listening to the stories of claimants and offering advice and support. “Like the annual memorial about Peterloo we read out the names of people who have died because of the sanctions system and their total desperation and loneliness.” But, unlike in 1819, Christine does not see claimants in 2017 following in the footsteps of Mary Fildes. “Most of the people I see are broken and despairing, rather than angry.”

Lenin, when living in England, was fond of quoting from Disraeli’s 1845 novel Sybil. “Two nations between whom there is no intercourse and no sympathy; who are as ignorant of each other’s habits, thoughts, and feelings, as if they were dwellers in different zones, or inhabitants of different planets. The rich and the poor.” This seems as eerily relevant in Manchester today as it was one hundred and fifty years ago. The commemoration of Peterloo asks questions about how we remember the past, how we connect it to the present and how we think about the future.